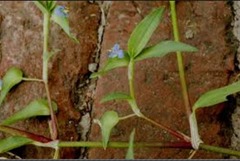 What cause diabetes
Diabetes is due to a diseased condition of the pancreas. The pancreas is an organ and it secretes insulin. Insulin is a product that normally is needed to burn up the body fuel supplied to the blood in the form of sugar by the liver. When there is a shortage or entire lack of insulin, the blood sugar is not used, and as a result it appears in the urine.
Other symptoms of Diabetes
Rapid loss of weight
Generally weakness
Abnormally large appetite
Great desire for water
backache
skin disorders such as boils, eczema, itching, and carbuncles
When diabetes is advanced there are other signs and symptoms, frequently in the eyes. The diabetic cataract, diabetic inflammation of the retina, or softening of the eyeballs.
Anyone at any age, regardless of race or sex is likely to get diabetes. If someone in your family has diabetes you are more likely to have it too. Women tend to have this disease more than men.
Diabetes is a chronic disease. There is no known cure. It can be controlled by injection of insulin and by following a well-planned diet.

Method
In a pot with 4 cups water put one handful of red water grass, boil for 20 minutes over high heat. Remove from heat and strain off tea. Drink one cupful in the morning and another cupful in the evening. Drink when needed


Pick 24 leaves from the annatto tree (Also known as ) Put a pot with 4 cups water, over high heat, wash the leaves and put them into the pot with water. Boil for 20 minutes, strain off tea. Drink one cupful of tea daily; preferable in the mornings until sores begin to dry up

Another great posts that I will share with friends and family. Thank you for posting.

After my DIABETES TYPE 2 diagnosis, I had typical symptoms of thirst, lethargy, severe tiredness, urinary frequency, hearing loss and ringing in the ears, vision problems, dehydration and weight gain. I was placed on metformin twice daily for several months, the symptoms only seemed to worsened. I began to do a lot of research and learnt about a DIABETES HERBAL TREATMENT from Rich Herbs Foundation and their success rate with the Diabetes treatment, i immediately started on the treatment, i started experience decline in major symptoms, the severe thirst, dry mouth, tiredness, urinary problems, dehydration and fatigue. My doctor took me off the metformin and other medications i was placed after the diabetes herbal treatment. Visit rich herbs foundation w w w. richherbsfoundation. c o m. I did another blood test after the treatment, i am diabetes free. I have also lost over 35 pounds since treatment.