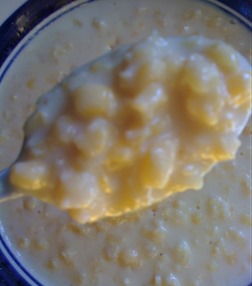 Hominy corn porridge or ‘hominy’ as it is popular called in Jamaica is my favourite porridge. I would drink it morning, noon and night and twice on Sundays, in other words, ‘mi lub eeh’ (I love it).

Corn has been a part of Jamaica’s history, the Arawak Indians, also known as Taino  or Native Americans planted corn as one of their main staples. Jamaican cornmeal porridge recipe 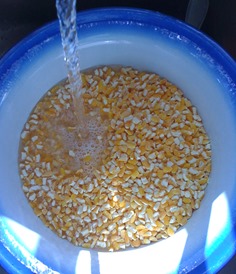 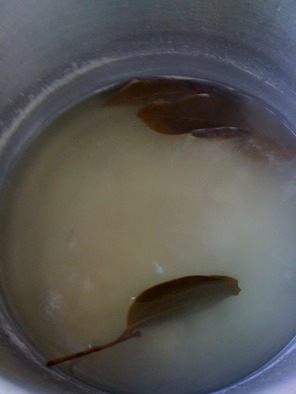 Method
Put a large pot with 1 cup of water on high heat. Add the cinnamon leaves and boil for 2 minutes. Add the hominy and salt, stir. To prevent spilling, half cover the pot. Lower heat and cook hominy until the water reduces.

When water reduces, add 1  1/2 more cups of water. Continue to cook the hominy.

When the water reduces, the corn should be partially cooked. Add the coconut milk and continue cooking until the hominy corn softens, while stirring every 5 minutes or so. If too much liquid is in the pot after the corn is cooked, continue to simmer the porridge until the water is reduced a bit. Remove cinnamon leaves.

Lower heat to the lowest. Sweeten porridge with sweetened condensed milk.  Add vanilla and nutmeg. Simmer for 5 minutes or so.

Remove from heat and serve hot