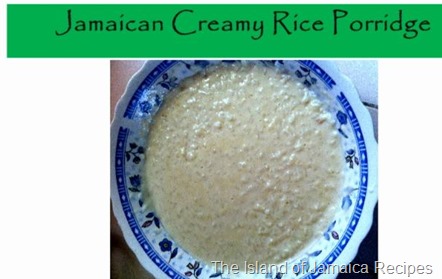 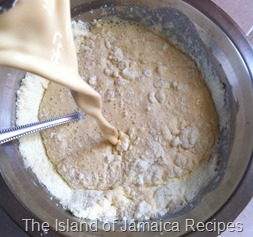 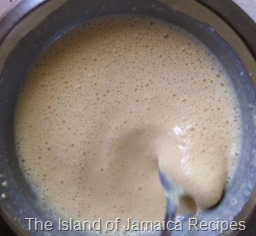 You can use either the skimmed milk or evaporated milk, or use both to get a creamy rice porridge.

Method
step1
Wash the rice 2 times and set aside. Put a large pot with 10 cups water on high heat. Wash the cinnamon leaves or stick (if using cinnamon stick, do not wash it) then put it into the pot. Cover the pot and boil for 2 minutes. This is to infuse the flavour from the cinnamon into the water

step2
Add the rice to the pot, stir, cover the pot and lower the heat. Simmer the rice until it is cooked.  You should stir the rice every 5 minutes while cooking to ensure the rice does not stick to the bottom of the pot. Also add a little water at a time if needed to ensure  the water is not dried out. However, when the rice is cooked there should only be a small amount of water in the pot (just barely over the rice)


step3
Mix the evaporated milk and the skimmed milk together, mix properly to avoid lumps then pour the mixture into the pot and stir. Sweeten the porridge with the sweetened condensed milk to suit your taste. Taste the porridge and add salt . Add the vanilla and mixed spice. Stir, add the nut meg. Remove from heat and serve warm. 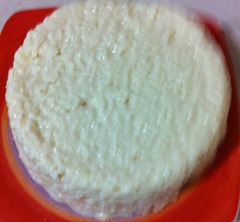 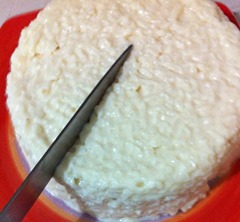 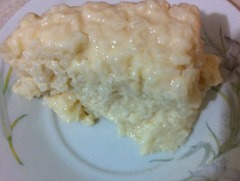 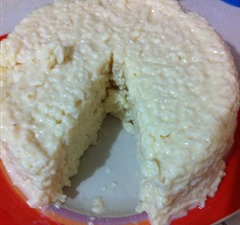 Left-over porridge can be stored in the refrigerator in an airtight container (preferably a plastic one) for up to 2 days.
Reheat the porridge by placing the container into a pot with boiling water or eat the cold rice porridge like a cake.