How to make coconut milk 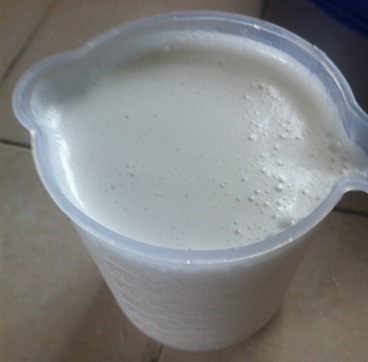 The juice extracted from the coconut meat is called coconut milk, which is used extensively in Jamaican recipes. Although ready to use coconut milk is available in the liquid and powdered form, those contain additives and preservatives. Making your own coconut milk is the best choice.

COCOS NUCIFERA is the scientific name for what we know as the coconut. Legend says that Spanish explorers called it coco, which means 'monkey face', because the three indentations (eyes) on the nut resemble the face of a monkey. Nucifera is a Latin word meaning 'nut-bearing'. 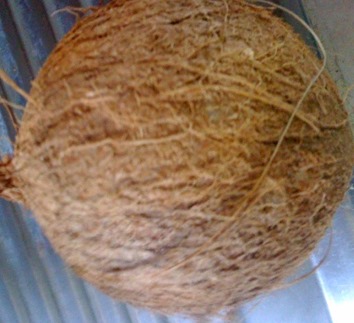 Use coconuts that have light brown shell; the colour of the coconut shell tells you how dry the coconut meat is. A coconut with dark- brown shell meat contains a lot of oil. Therefore the coconut milk will be too ‘oily’. Those types of coconut is ideal to make coconut oil.  I rather to use the native coconut because it is flavourful than the coconuts from the dwarf tree. However, they are sometimes scarce. 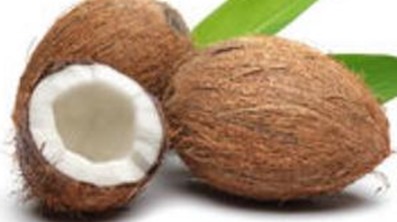 Native coconuts are long and pointed 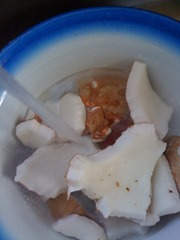 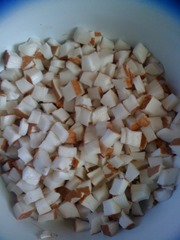 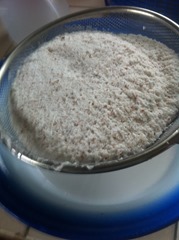 1 large or medium-size coconut (native is the best)

1 1/2 cup water warm or normal tap water, it doesn’t matter (Use less water to get a rich creamy coconut milk)

Put into a blender, add the water then blend until well smooth. Strain off coconut milk through a fine sieve strainer. Pour into a large Ziploc bag and freeze until ready to use. Keep for 2 weeks.

How To Use Frozen Coconut Milk

Jamaican grandmothers used a grater to grate the coconut. However, Todays generation now uses a blender which is much safer. 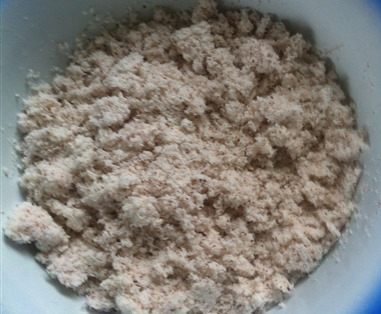 After straining off the coconut milk, we called the remains ‘thrash’; it should be discarded, however, in childhood days, in the 90s,we mixed it with sugar and eat it and it is called ‘coconut veal’ LOL. 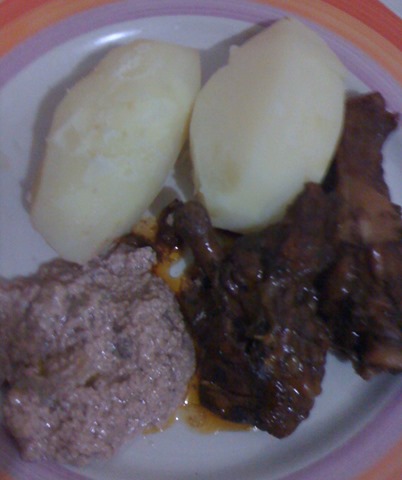 Coconut milk is boiled to make a custard