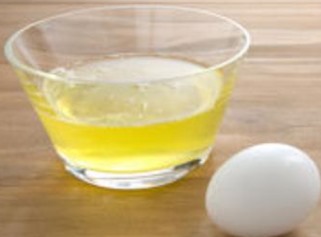 I am not sure if this Easter ritual of setting the white of an egg in a glass of water at dawn is still widely practise in Jamaica. I personally have never seen it done, or know of anyone who has done it. However, I heard stories of people who have done it and whoever saw a casket died soon after.  My friend asked his seventy-five years old grandmother to do it, and she refuses, fearing she might see a casket. You probably wondering what I am rambling about, come closer let me tell you.

Everyone has their own little superstition beliefs. Some Jamaicans believe that they can know their future by using egg white and water.

Ingredients
1 egg white
A glass of water, filled half-way up (not full to the brim)

Direction: Put the white of an egg into a glass-filled half-way up  with water. Put the glass at location (e.g., on table outside, or window sill) prior to the sun rising on Good Friday.As the sun rises, it is claimed that a pattern is formed by the egg white.  You will see either a ship, or an aeroplane, or money or a wedding ring or a cake or a casket.

The Meaning
A ship and aeroplane mean that you will be travelling overseas shortly.

A ring and wedding cake mean marriage-- you will be getting married very soon.

Money means you will be 'stinking' rich shortly, even if you have no idea how.

A casket means that you will die soon.

Now you probably put two and two together and realized that I am afraid to try it because I do not want to see a casket, even though I don't believe in this ritual.You are probably thinking out loud, so, if you don't believe in the ritual, why don't you do it and prove it is a myth. My answer to you, nope!!!! You are probably saying this is totally ridiculous, well don't knock it until you try it. 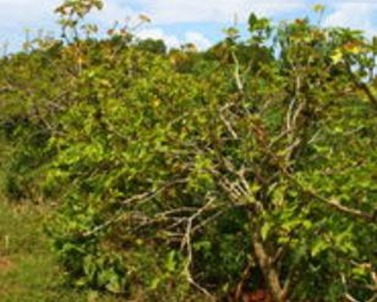 In some rural areas, it is believed that Jesus' cross was made from wood obtained from a tree similar to our physic nut tree. As such, it is said that if this tree is cut at noon on Good Friday, the sap will have a reddish colour symbolic of the blood of Christ that flowed while he was on the cross.