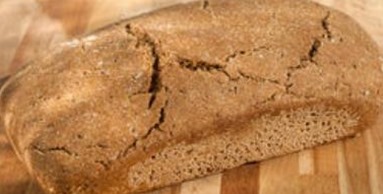 Flavour, aroma and texture are the quantities that account for the popularity of yeast bread and rolls. Yeast breads differ from quick bread in that they are leavened by yeast, a living organism, rather than baking soda and baking powder and are often much lower in fat and sugar. When mixed with water and sugar, the yeast ferments to produce carbon dioxide, filling the bread dough with tiny air bubbles. Water also combines with the gluten protein in the flour to form the elastic structure of the dough that traps the air bubbles and makes the bread rise.

The bread of prehistoric to man is believed to have been flat and unleavened and probably baked over stones or by the sun. The Egyptians are credited with inventing the oven and discovering yeast leavening, a development probably made when a batter left in the hot sun attracted wild, air-borne yeast.

Yeast is a leavening agent that produces carbon dioxide which makes the bread rise.

Sugar acts as a yeast food and increases tenderness and browning and keeping qualities.

Flour provides the structure of bread.