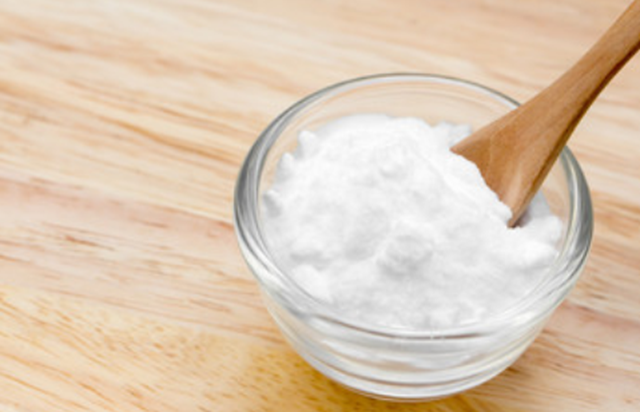 Baking soda is a chemical, sodium bicarbonate, also known as bicarbonate of soda or NaHCO3. It reacts with acid to produce carbon dioxide gas; this reaction is the reason for its usefulness in baking as a leavening agent. The reaction causes little bubbles of carbon dioxide gas to form throughout a food, expanding the mass. Baking soda is used as a leavening agent in many cakes, cookies, pancakes, some breads, and other foods.
Acids Used with Baking Soda
As mentioned, an acidic ingredient is required to obtain the desired rising effect of baking soda. Commonly used in this role are lemon juice, buttermilk, vinegar, cocoa and cream of tartar
Other Culinary Uses of Baking Soda
White baking soda is most often used for its leavening ability, it is sometimes used in the following circumstances:

It used to be used as a source of carbon dioxide for soda water.
It can be used when preparing tomato sauce to neutralize the tomato's acidity.
It is added to water used to soak beans; this is said to prevent flatulence.
It is added to water and used to soak marrowfat peas to produce mushy peas.
It is effective in extinguishing grease fires which may occur when deep frying.
Freshly cut fruit can be soaked in sodium bicarbonate solution for a short while to prevent yellowing.
A small amount can be added to meat as a tenderizer, a technique common in Chinese cuisine.
As a Component in Baking Powder
Baking soda is often an ingredient in baking powder, along with an acidic ingredient like cream of tartar, and another gas-releasing chemical that activates only when subjected to heat. Baking powder loses its leavening power very slowly, unless exposed to moisture