How to cook lionfish 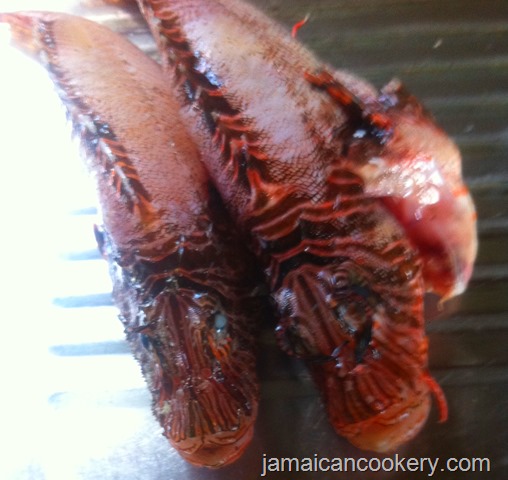 Lionfish recipe. The lionfish is light, tender, and flaky, with a texture similar to butterfish.Lionfish are migrants to the Caribbean Sea, originally from the Pacific Ocean. They began appearing in the Caribbean waters after a few escaped from  a Florida aquarium.

One of the fishermen clean and gutted the lionfish for me. Once the fish has died, the venom in the spikes remains active for up to an hour, so be cautious when handling and preparing the fish. This venom is only in the spikes, however, not in the flesh. 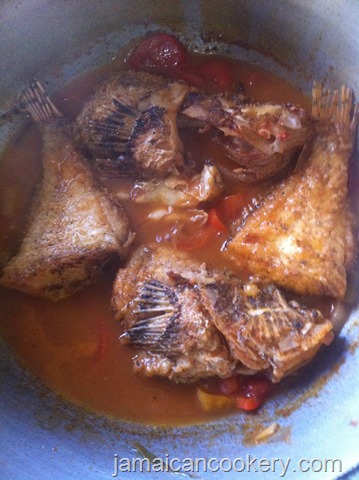 Instruction
Mix the salt and black pepper together.
Cut each lionfish fish into halves (optional)
Rub a small amount of the black pepper and salt mixture onto each pieces of the lionfish
Put a skillet or Dutch pot with the oil over low heat to hot, meanwhile, dry the fish with a piece of paper towel
Make sure the oil is hot but not smoking hot. Fry fish until lightly brown; each side for a bout 5 minutes.
Remove from pot when done. Drain off excess oil, leaving about 1 tsp.
sauté the onion, hot pepper, scallion, sweet pepper, garlic and tomatoes for a couple of minutes (about 4 minutes or until translucent)
Add the 1 cup of water, fish seasoning, salt to taste and ketchup. Cover the pot and cook the seasonings until the liquid is reduce to more than half.
Place the fish into the pot, spoon over the gravy onto the fish. Simmer for 4 minutes or until the gravy reduced to your liking. Remove from heat.