The Health Benefits Of Garlic 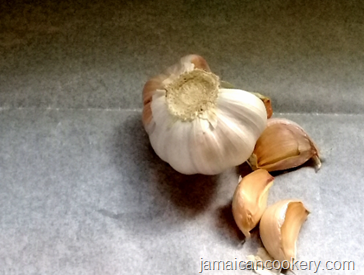 Allium sativum, known as da suan in Chinese herbology, or just simply garlic, is a staple in just about any meat dish one can think of and likely every functioning kitchen here in Jamaica. It has a long list of benefits, not the least of which is as a spice in cooking.

It can also be taken daily to promote a healthy immune system.

Garlic and cayenne combined is a good remedy for the common cold. It may be taken as a garlic-cayenne soup at the onset of a cold for its antiviral, antibiotic and diaphoretic (sweating) benefits.

When taking herbs such as garlic to reduce plasma glucose levels alongside anti-diabetic medications such as insulin, caution should be exercised as the combined synergistic action of both may lead to hypoglycaemia.

The Journal of Chinese Medicine 1985, notes a study with the oral administration of a 50-gram per day preparation of the herb given to 274 patients for 30 days, resulting in increased HDL ('good cholesterol') and decreased LDL ('bad cholesterol').

It has been found to be beneficial in treating fish and crab poisoning and may be combined with ginger to treat various types of food poisoning. This, of course, does not mean one should not otherwise seek emergency care where appropriate.

Grinding garlic bulbs along with sesame oil and some salt into a paste and placed on the skin can be used to relieve itching, rashes and minor swelling.

The fresh herb or decoction taken once a day for six days can be used to relieve diarrhoea.

Garlic is used in the prevention and treatment of intestinal parasites such as hookworm and pinworm. It may also be used for vaginitis due to trichomonas and ringworm of the scalp. To prevent hookworm, apply topically to extremities before entering fields.

Garlic with a purple skin has a relatively stronger effect against parasites and in treating skin issues.

Three to five pieces taken over the course of one day.

It may be used raw, as a supplement in tablet form, as a decoction/tea or syrup.

To eliminate a strong odour on the breath, chew a few sprigs of parsley.

In the case of persons who have difficulty tolerating the raw herb, try taking along with food or some honey or in one of the other above-mentioned forms.

It is not indicated for persons experiencing hot flashes or feelings of heat, accompanied by thirst or sensations of heat anywhere in the head or face. Application on the skin may sometimes cause redness, burning or even blistering if used excessively and should not be applied to the skin long-term.