The benefits of dog blood bush for infertility 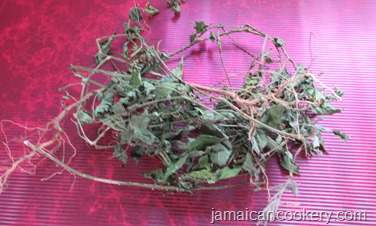 THE dream of giving birth, raising children and truly tapping into the nurturing side, for some women, doesn't go much further than a reverie.

For those women, despite the latest medical interventions, money spent on fertility kits, and numerous pieces of advice from medical professionals, the desire to bring forth a child has never been realised.

According to nutritionist Donovan Grant, the plant, which features red berries, is said to clean the Fallopian tubes due to its anti-inflammatory properties, because inflammation in the tubes is a major cause of infertility.

Grant added that consuming dog blood bush is usually done by taking a cup of the boiled bush tea each day for a month.

The herbal concoction can also be used to treat period cramps. 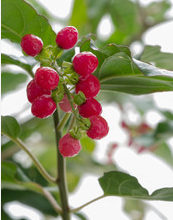 Grant said in this case, one would need to drink a cup per day, starting three days before the period is due, and this may be combined with the Vervain bush in this regard.

Manchester-based herbalist Kneale Smith, however, said the bush has to be combined with two other herbs called clary (Wild Clary) and 'inflammation weed' after a proper body cleanse is done, for it to work.

“Our bodies are our temples and we have to watch what we put in it. Also, we must cleanse our bodies every quarter or at least three times per year,” he said.

To do this, Smith said you would need the water from a freshly cut coconut, a bitter grapefruit, one tablespoon of honey, three tablespoons of unpackaged epsom salt and a fat peg of garlic, which are blended together to produce a thick liquid.

“Strain it off and the substance will amount to a quart bottle. Drink a bit in the morning and some in the evening but make sure you have access to a bathroom. Drink it until it is finished and ensure it is kept in the fridge,” Smith said.

When this concoction is finished, the herbalist said a week later would be the ideal time to consume the dog blood bush, clary and 'inflammation weed' tea.

He noted that during the cleanse, the periods and infertility issues will improve. 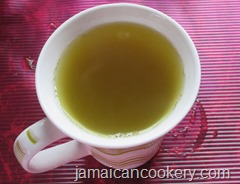 With regards to preparing the tea, he said one would get the bush green, put it down for approximately four to five days, after which it is washed, boiled, and the tea is prepared from the liquid. Smith said the tea should be consumed in the morning and evening for one week.

It  is advised that individuals with underlying medical conditions should seek the advice of their doctors or nutritionists before using this method to solve fertility problems or issues with period pains.