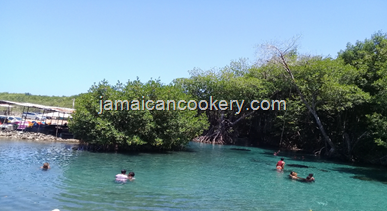 Jamaicans and many visitors from overseas have made the Salt River Mineral Spa a regular destination.

The spa, which is a pond with mineral water running from rocks adjacent to it, forms a stream called Salt River.

The Salt River Mineral Spa can be found along the Salt River main road in south-east Clarendon and does not boast the luxury other spas in the island possess but it's open to all at no cost.

Salt River is classified as a tributary of the Milk River Mineral Spa, which is renowned for having the highest mineral content in the world. 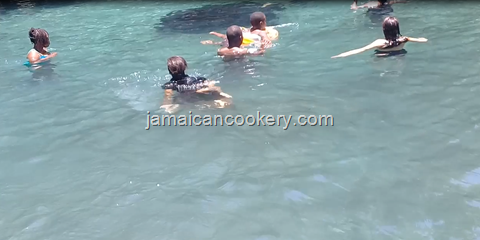 Some residents told us an amazing story about keeping the spa open to everybody.

According to residents, sometime ago authorities fenced off the location for development, but the water dried up.

Whether this was coincidence or not (residents don't believe it is), the water only returned when the fence was removed.

The water comes from the rocks at the edge of the pond and many persons could be seen clinging to these. Speaking to them, we were told that the temperature of the water varies at different depths in the pond and it is very warm near the rocks.

Getting rid of aches and pain is the objective of many of those who visit the spa regularly, while for others, it's a chance to "get rid of bad luck".

There is also seafood and refreshments on sale by vendors who now make a livelihood for themselves at this location.