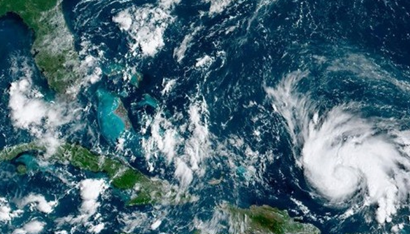 Jamaicans in Florida are being urged to immediately take precautions as Hurricane Dorian is expected to make landfall in the US State this weekend.

A statement Friday afternoon from Oliver Mair, Jamaica's Consul General in Miami, said his office is making contact with local government authorities in areas expected to be hit by the hurricane.

Jamaican entities in Florida have also been put on alert as part of a rapid response team being coordinated by the consulate.

Several Jamaicans are employed in the hospitality and agricultural sectors in the southern US under the Ministry of Labour's overseas employment programme.

A number of Jamaicans also attend tertiary institutions in Florida.

Meanwhile, two thousand National Guard troops will be mobilised in Florida as hurricane Dorian heads towards the US mainland.

But the forecast indicates it may be a Category 4 hurricane when it strikes late on Sunday.

Florida is under a declaration of emergency.

Florida's governor on Friday urged residents to stock up on at least a week's worth of food, water and medicine and to prepare to lose power and cellphone service for days after Hurricane Dorian makes landfall.

The slow march and rising intensity of the storm, which is moving in a northwestern direction to the Bahamas, has alarmed forecasters who worry that parts of Florida will be walloped by strong winds, a storm surge and heavy rain for an extended period.

Bahamian Prime Minister Dr. Hubert Minnis has an ordered an evacuation of the Abacos and parts of Grand Bahama as Hurricane Dorian inches slowly towards the Bahamas.

Dr. Minnis told a news conference Friday that it was incumbent upon residents to follow the evacuation order.

He said emergency personnel and assistance will be unavailable during the immediate impact of the hurricane for those in the projected path who do not evacuate.