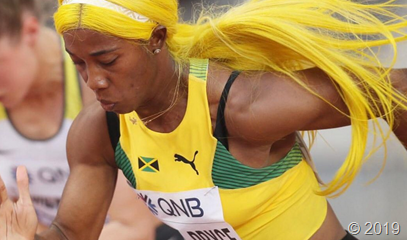 Shelly-Ann Fraser-Pryce demolished a world-class field to win the 100m finals at the 2019 World Championships in Doha, Qatar.

The 32-year-old was remarkable in the rounds, easing 10.80s, she then proceeded to the semi-finals where she registered a well-relaxed 10.81s to be the fastest qualifier to the finals.

However, it was in the finals that Fraser-Pryce launched out of the blocks to lead a quality field, winning the 100m women’s title in 10.71s, just 100th of a second off her personal best, becoming the 4th World 100m Women’s Championship winner. 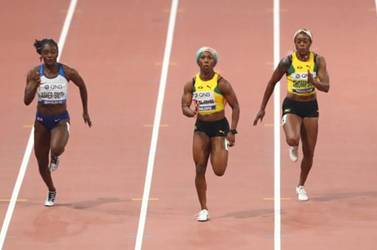 Mama Rocket, who is just returning to the blocks after having her child, now has the fastest time of the 2018-2019 season and the 4th and 5th fastest times in the history of the event. She now has an overall tally of 10 medals from the championships, 8 of which are gold.

This is a glorious moment for Shelly-Ann Fraser-Pryce , a Stephen Francis trained standout, one which she will remember for a lifetime.