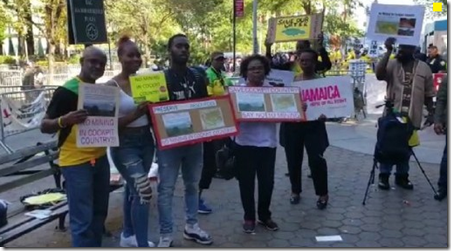 Jamaicans have taken the fight to prevent mining in the Cockpit Country to the United Nations, protesting outside Friday's meeting of  the UN General Assembly in New York.

They bore placards with messages calling for preservation of the ecological area.