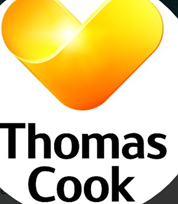 The UK's Civil Aviation Authority said the tour operator had ceased operations with immediate effect. It has triggered the biggest ever peacetime repatriation effort, aimed at bringing more than 150,000 British holidaymakers home.

A statement from the UK's Civil Aviation Authority said all travelers currently abroad with Thomas Cook who are booked to return to the UK over the next two weeks will be brought home as close as possible to their booked return date.

Flights started operating Monday, with details of each flight to be posted on a dedicated website as soon as they are available.

A meeting with representatives of Thomas Cook, its lenders and creditors in London failed to thrash out a last-ditch deal to keep the company afloat.

Ed Bartlett, Jamaica’s tourism minister, confirmed that more than 300 of those travelers are in Jamaica.