Claudette Foster is charged with two counts of second-degree murder and child cruelty for the deaths of Raelynn and Payton Keys in Hinesville, Georgia. 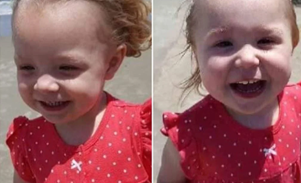 The twins were missing for four hours on September 29 before authorities found the girls dead in the backseat of Foster’s car, which was parked at her fiance’s house, police said. An autopsy indicated that the twins died from accidental heat stroke. When first responders found Raelynn and Payton, they reported the temperature to be 92F. Foster had been contracted to care for the children through the state of Georgia, where caregivers can be charged with murder when children die due to cruelty stemming from criminal negligence. 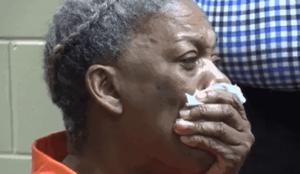 Hinesville police Detective Bryan Wolf told WSAV-TV: ‘ It was determined that there was a lack of supervision for the children. It allowed them to enter the vehicle and pass away.’ Authorities did not detail how the children ended up in the vehicle.

Skye Keyes, the twins’ biological mother, said Foster has mistreated her daughters in the past, claiming Foster slapped and punched the children in the head. Keyes has two sons that are in her custody and said, ‘There’s been several complaints’ about Foster. Foster turned herself into police on October 14 and is currently being held in Liberty County Jail after Judge Angela Roberts denied their bond. Roberts said Foster is a flight risk because she is not a US citizen and is facing serious charges.