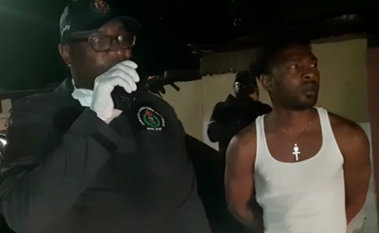 KINGSTON, Jamaica — The police last night arrested a man seen on video voicing his refusal to obey the curfew order given by Prime Minister Andrew Holness in response to the COVID-19 crisis on the island.

In the now viral video, several persons can be seen congregating on a street supposedly after the curfew began, and the man in custody is heard hurling expletives at the police and prime minister.

Senior Superintendent of Police Steve McGregor, Operations Officer for Area Four, told OBSERVER ONLINE that the video was sent to the police and the main narrator identified.

The man was later arrested at his home on Penso Street in Arnette Gardens, Kingston.

In another viral video, police officers were captured arresting a peanut vendor in Half-Way-Tree, St Andrew as he complained that he did not have a home.

Earlier yesterday, the constabulary's Corporate Communications Unit (CCU) issued a statement warning citizens that the provisions under the law will be fully and strictly enforced.