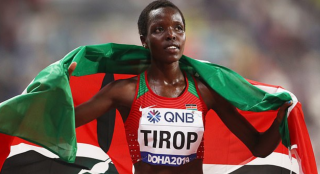 An Olympic athlete and World medallist, who finished fourth in the 5,000m race in Tokyo, has been found stabbed to death at her home in Kenya.

Agnes Tirop, 25, was discovered with stab wounds to her abdomen at her house in Iten, Elgeyo Marakwet County on Wednesday, according to local reports.

A crime scene remains in place at her house as police investigate the circumstances surrounding her death. 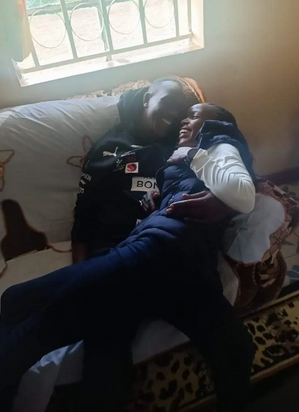 The promising long-distance athlete represented Kenya at the Tokyo Olympics this summer in the 5,000m, narrowly missing out on bronze medal as she finished in fourth place. And just last month, she set a new world record in the women-only 10km race at the Road To Records event in Germany on September 12
After the race she said: 'I am so happy to break the world record. The pace was tough but I felt my body was responding well
The star athlete also won bronze medals at the 2017 and 2019 World Championships in the 10,000m, and won gold the in 2015 World Cross Country Championships when she was just 19-years-old
Tirop was found dead at their home in Iten after she was allegedly stabbed by her husband. We are still working to unearth more details surrounding her demise