Robbie Shakespeare of Sly and Robbie duo has died 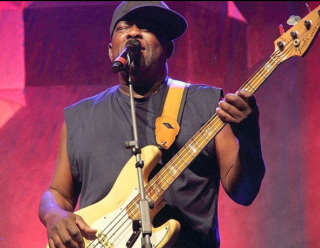 Legendary bassist Robbie Shakespeare of musical duo Sly and Robbie has died. Shakespeare had reportedly been sick for some time. He was living overseas and was in a hospital in Florida. Robert Robbie Shakespeare was born September 27th 1953 and is regarded as one of the most influential reggae bassist. as part of Sly and Robbie, Shakespeare worked with various reggae artists such as URoy, Peter Tosh bunny wailer, Dennis Brown, Gregory Issacs and Yellowman. they were also the 80s go to producers for international stars such as the Rolling Stones Bob Dylan and Grace Jones, in the early 1990s, Sly and Robbie introduced a novel sound with the hits Bam Bam and Murder She Wrote by Chaka Demus & Pliers